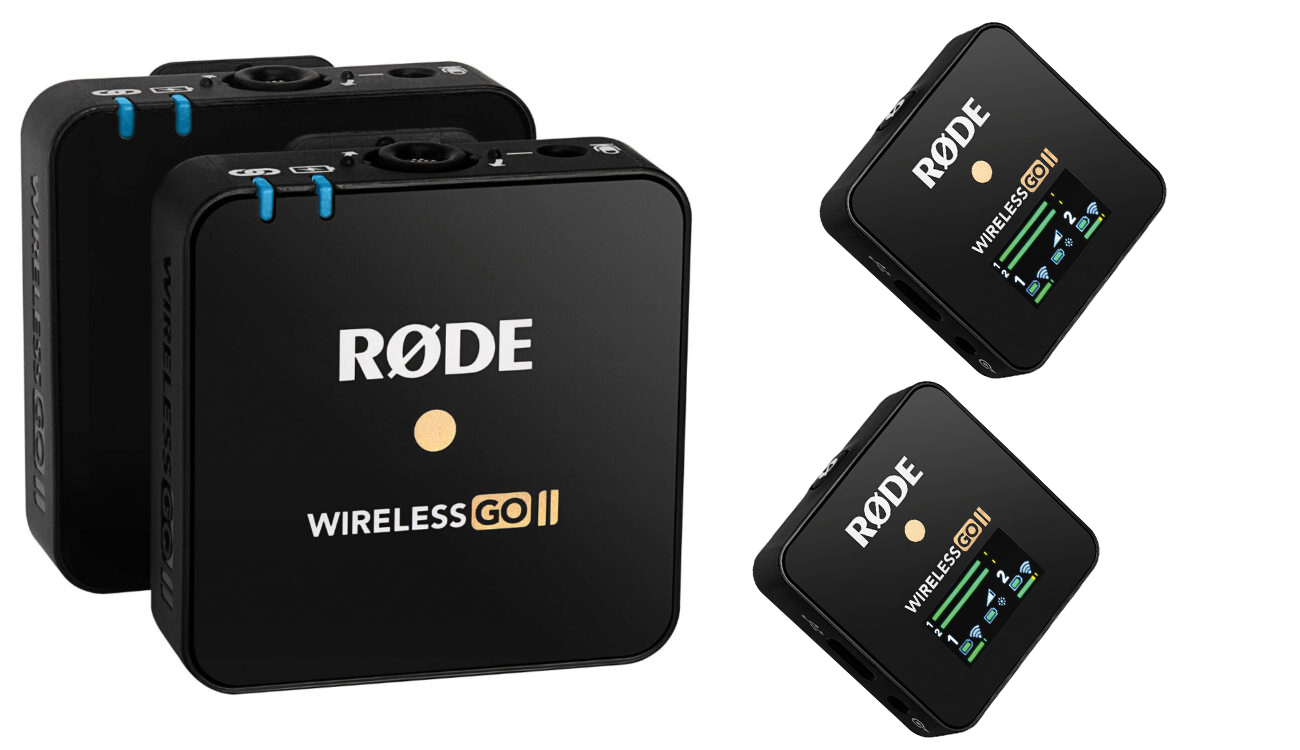 Rode’s second generation portable wireless microphone system, the Go Wireless II ($ 299), aimed at podcasters, reporters, vloggers, and anybody else who needs to collect high quality audio in the field but doesn’t want to deal with the issues involved with it slight pain. . with wired microphones. It includes two transmitter microphones and a receiver that can send audio to its own memory or connect it to a camera to avoid the built-in microphones of most consumer models. We found the system useful and easy to use during testing, although it may be easier to adjust gain levels on the fly. Our complaints are minor and the positives far outweigh the negatives, making it a solid choice for developers looking for a wireless microphone system.

The Wireless Go II contains of three main parts: two spreader microphones that can easily attached to a shirt or jacket, and a receiver that connects to an substitutable lens photographic camera or a smartphone or tablet. The “TX” transmitters are small, measuring about 1.7 x 1.8 x 0.7 inches (HWD) and weighing about 1.1 ounces. The “RX” receiver also similar in size to one of the transmitters.

The transmitters contain omnidirectional converters that cover a frequency range from 50 Hz to 20 kHz. You are working outdoors within 200 meters of the receiver, but walls and doors can block the signal. Two LEDs along the upper side walls of the transmitter indicate the connection and battery charge / life status. In addition, a small grille protects the omnidirectional membrane underneath and a 3.5 mm connector for lavalier microphones.

On the right side wall here a USB-C connection for the supplied charging cable and on the back there a clip for attaching the microphone to clothing. On the lower side wall, a button marked with “ø” in the Rode logo serves as a power button when pressed for a long time or as a mute switch when pressed briefly.

The transmitters use 2.4 GHz Series IV digital transmission with 128-bit encryption, which designed to perform well in areas with high RF activity such as shopping malls and offices. We couldn’t find any dropouts or malfunctions in the test.

The receiver has a small screen on the front that shows the microphone input levels, the receiver output levels (the levels entering the camera), the strength of the wireless signal, and the status and duration of the connection. the battery of the two transmitters. The left side wall houses a USB-C port for charging and a 3.5 mm TRS output (a cable for connecting to cameras included).

There are two keys on the lower side panel. One marked with a Mic Mute symbol and a dB symbol and controls the microphone muting and switches through three different input gain levels (0 dB, -12 dB and -24 dB). Ideally, there should a dial to make more subtle gain adjustments. You can have more precise control of the gain in 3dB steps in the Rode Central app, but you have to do this through computer-only software that you probably won’t easily have in the field. Also, the gain switch only affects the 3.5mm output; When using the USB-C port to output to a tablet or phone, the gain can only  adjusted in the recording application you are using.

The second button, labeled 1/2 and marked with a link symbol at the bottom, handles pairing and channel selection (between channel 1 and 2; if you choose one, you can mute the other, or you can too connect either or disconnect the two (disconnect) transmitters). The letters M / St among the two buttons mean toggling between the recording modes Merged and Split and simultaneously pressing both buttons between these two modes. In mixed audio mode, both transmitters are combined into one output. With split, each transmitter records on a separate channel, which enables separation when mixing.

The receiver also has a “ø” button on the bottom that controls the backlight of the screen or can configured via the app to mark moments in recordings. It also doubles as a power button when held down. The clip on the back can attached to clothing or pushed into a camera through the cold shoe holder.

The two transmitters and the single receiver are charged using the supplied USB cables; They have built-in lithium-ion batteries and can last for about seven hours between charges.

Rode supplies the microphone kit with all necessary cables, at least for connection to cameras, including three SC20 USB-C to USB-A cables and a single 3.5mm TRS cable. The system can also connected to tablets and phones, but compatible cables are not included (Rode sells these separately for $ 20-25 each, along with an optional VXLR-Pro adapter for $ 39 to connect to devices with XLR inputs ).

The kit also includes three furry windshields (which attach to the microphones with bayonet clips) and a carrying case. Overall, the kit doesn’t take up much space and therefore ideal for taking pictures on the go.

However, one of the most important accessories of the Wireless Go II not physical. Rode Central a computer application (for macOS 10.11 and higher or Windows 10 and higher) that allows flexibility in recording and editing. After installation, the receiver settings can adjusted and the transmitters can transfer recordings (in both cases only if they are connected to your computer).

Missing? A true manual. Not all buttons and functions are intuitively understandable, and the wordless, diagram-based quick start guide lacks depth. There a Wireless Go II Learning Center that basically acts like a manual but online. an easy-to-access manual (which you don’t need to search your phone while recording) would be more helpful.

If Wireless Go II a bit difficult to handle, each part must connected to your computer via USB to interact with the Central application. If you want everything to connect at once, these are three USB ports that occupy this item. The only way to access the footages by connecting a streamer.

When the receiver linked (and after a possible firmware update), you can adjust its settings, e.g. Eg For example, B. optimize gain levels in fine gain mode. You can also switch between the marker function or the backlight function for the “ø” key or switch between the split / combined modes.

Connecting a transmitter gives access to the configuration menu. Here you can activate / deactivate the backup recording mode, configure the functions of the “ø” key, activate the recording panel and switch between standard (compressed audio) and streaming  audio styles.

You can also enable or disable the Permanently Record mode, which starts recording the microphones the moment they are turned on. These recordings are independent of those you record directly on your camera. It’s a great way to make sure you don’t miss a thing, but also a way to drain your battery or accidentally record a ton of audio.

It’s frustrating that a connection to a computer the only way to adjust these important settings for both the sender and the receiver. Not being able to optimize certain parameters quickly and on the fly  one of the limiting factors of the system. It’s a bit surprising that Rode didn’t create a simple Android / iOS app to adjust these settings via Bluetooth or even via a wired connection.

The transmitter and receiver are paired out of the box, and when turned on one at a time, they connect to the receiver. After pairing, the blue link LED of the transmitters lights up. If the connection interrupted, this LED flashes.

In standard mode, the first transmitter records on the left channel and the second on the right channel. If you are trying to do a stereo recording or trying to get some separation between the two microphones, this ideal. Both scenarios would record in split mode and display two meters on the receiver screen. This means that if you have microphones connected to two different speakers, you will only hear each one in one ear. In combined mode, which shows only one meter instead of two individual meters, both microphones record on both channels. You can also use a single transmitter in combined mode, in which case it records on both channels alone.

If you select to record in safety channel mode, a separate audio channel will recorded with a level below -20dB in case your main recording hits the maximum. This mode must activated in the Rode Central App so that you cannot switch it on or off quickly in the field.

You can use the internal memory of the Wireless Go II to record instead of recording directly to your camera, phone or tablet. Each of the transmitter microphones can record up to 40 hours of compressed audio or 7 hours of uncompressed audio. As soon as the station memory full, the new recordings begin to overwrite the oldest stored files. So if you’re having a long session, it’s a good idea to back up your oldest recordings. Of course, it’s usually a good idea to download your recordings in between sessions. Finally, even a short session can result in older material being deleted if you haven’t properly archived the audio elsewhere.

We recorded several takes, with the receiver attached to a Canon EOS RP via the cold shoe clip and the transmitter microphones connected or placed near various sound sources. When the gain set correctly, the audio quality will be crisp and clear and ideal for recording interviews. The EOS RP has a 3.5mm microphone input and a headphone jack so we can easily monitor the levels through the camera. Of course, not all cameras have a headphone jack, and the Wireless Go II’s receiver lacks a headphone jack, so you can be on a recording stage where you can only see the audio levels but not hear them. Records.

Furry windshields are practically a must. They twist and snap easily into place, and without them the membrane too easily exposed. Windshields control wind, explosions, and even the squeak of clothing (which can penetrate through the bare membrane). The look less subtle, but in most scenarios the sound quality is improved.

Separately from the fact that you can only make a few configuration settings when the devices are connected to a computer, there little to complain about with the Rode Wireless Go II. It offers a simple and easy-to-use wireless solution for anyone who wants crisp, clear interviews on the go. And while interviews are the most obvious use for this system, with a little creativity you can get great stereo recordings in many other situations as well. The ability to record both internally and externally with a camera also a bonus. 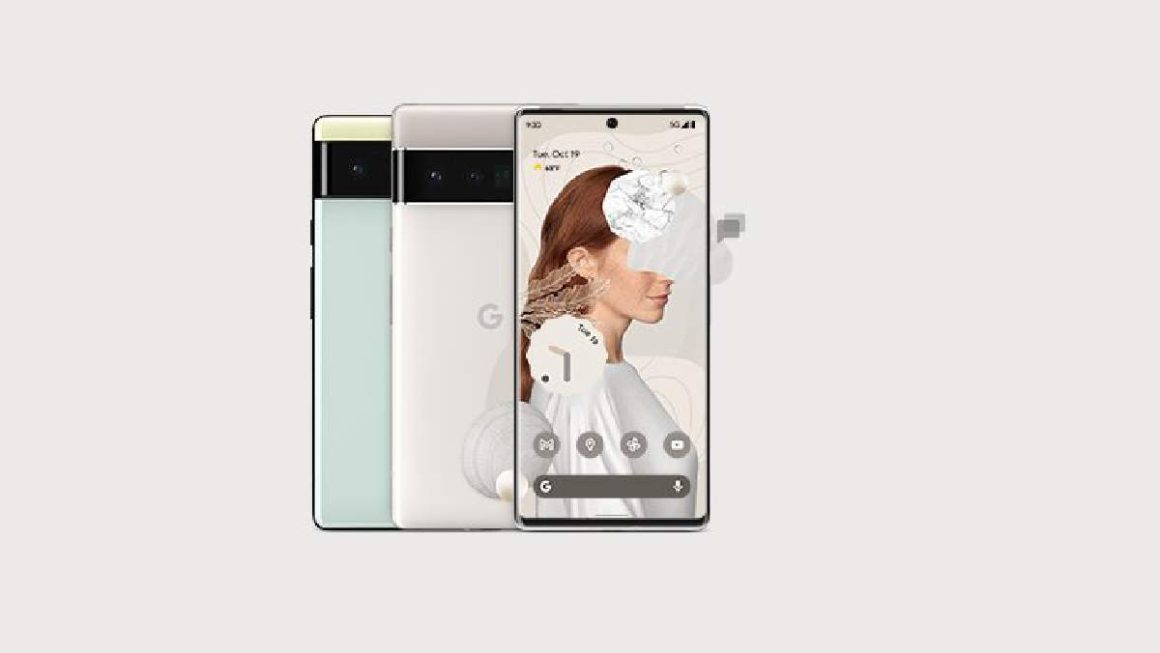